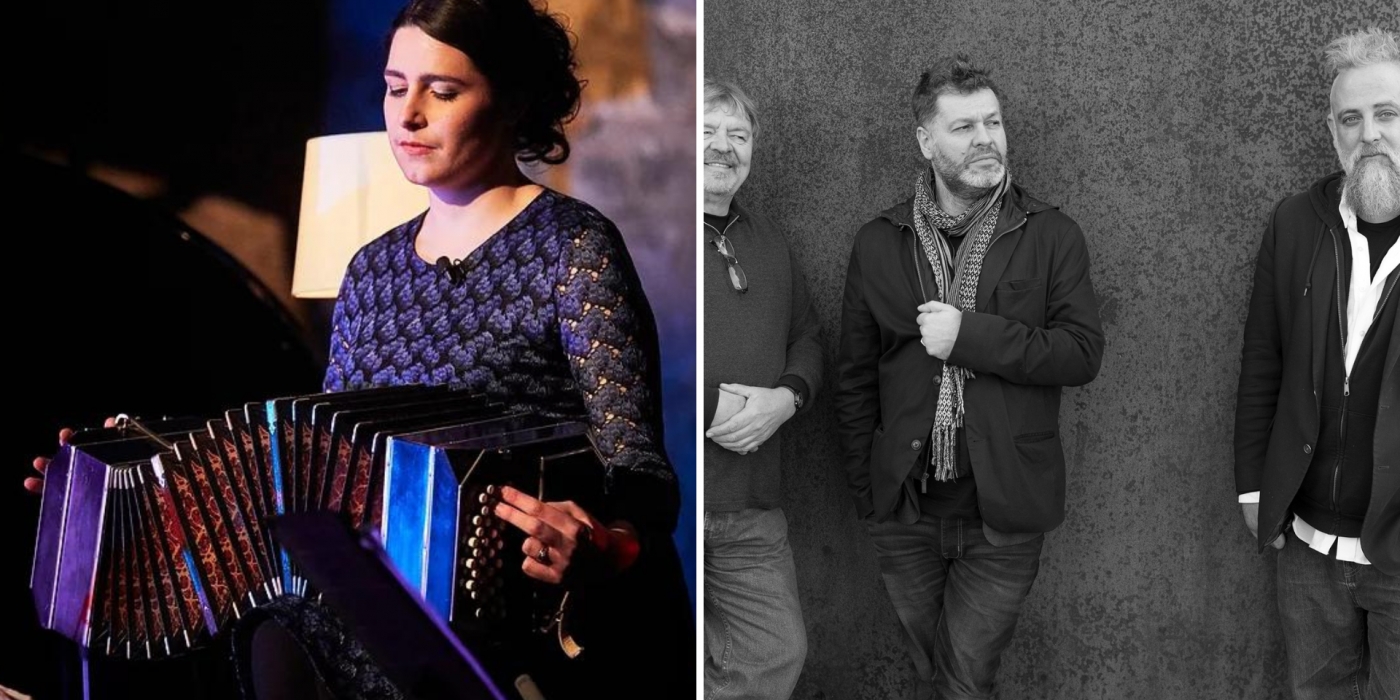 Composer and bandoneon player Louise Jallu is causing an absolute sensation in the music – and especially tango – world. Before even reaching adulthood, she had already completed her music studies and rapidly become an indispensable figure in a male-dominated music world.

This was not least thanks to her first double album ‘Francesita, la petite Française’, which was released in 2018. This magnificent homage to the famous Argentine tango composer and pianist Enrique Delfino and other masters of the tango has garnered extensive critical acclaim among experts and audiences alike.  With ‘Piazzolla 2021’, another album followed three years later that was very well received by the French and international press as far away as Buenos Aires. In April 2021, Louise Jallu was nominated for an award in the ‘New Discovery’ category (Prix Frank Ténot) at the Victoires du Jazz music awards. Her current programme ‘Piazzolla Nuevo’ is based on forty years of Astor Piazzolla’s work and includes famous titles such as ‘Adios Nonino’, ‘Libertango’ and ‘Oblivion’. Louisa Jallu’s repertoire also comprises far lesser-known titles though, such as the extraordinary ‘Tristezas de un doble A’ or ‘Tanguedia’, rearranged and reinterpreted.

In Dudelange, Louise Jallu will present her unique homage to Astor Piazzolla in a quartet together with Mathias Lévy on the guitar and violin, Grégoire Letouvet on the piano and Fender Rhodes, and Alexandre Perrot on the double bass. A unique live experience for all lovers of tango, jazz and bandoneon!

Pianist Lucian Ban, violist Mat Maneri and legendary saxophonist John Surman will present their album entitled ‘Transylvanian Folk Songs’. The performance by the Louise Jallu Quartet as part of the ‘Touch of Noir’ Festival will constitute yet another highlight on the same evening dedicated to modern interpretations of folk songs. Tradition and folklore will thus meet here with the zeitgeist of the current jazz elite.

In the early twentieth century, Béla Bartók compiled and transcribed Transylvanian music as he travelled around the various small towns in Transylvania. The outcome is six catalogues comprising more than 3,000 melodies. Pianist Lucian Ban hails from Transylvania and grew up with the folk tradition and Bartók’s arrangements.

Ban already recorded the ‘Transylvanian Concert’ as a duo together with Mat Maneri back in 2013. With the addition of the famous saxophonist John Surman, this well-rehearsed team now becomes a musical wonder trio.

The album ‘Transylvanian Folk Songs’ that was released in 2020 is both a tribute to tradition, to that very special atmosphere from the past, and an opportunity for change. With the greatest respect, empathy and warmth, Ban and his fellow musicians Surman and Maneri draw the existing material into the contemporary time. Three highly individual musicians come together here, with Surman’s outstanding improvisations, Ban’s in part extremely percussive style and Maneri’s mournful melodies.

An interplay of contrasts. Tradition and improvisation, melancholy and folk dance music, nostalgia and perspective – beauty in all its facets. With Ban, Surman and Maneri, the audience can look forward to musical fireworks.