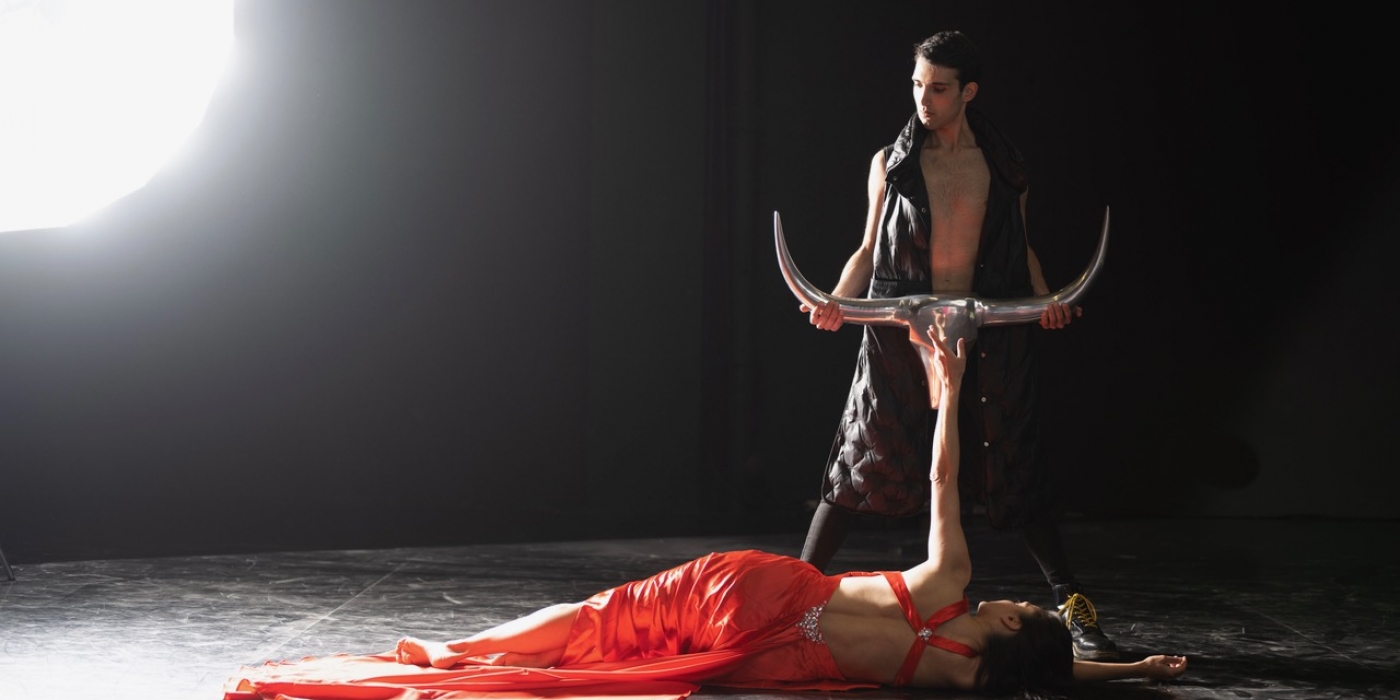 Based on a novel by Prosper Mérimée

Directed and choreographed by Volha Kastsel

The archetype of the femme fatale has always accompanied us in mythology, art and literature. With Carmen, the protagonist of Prosper Mérimée's novella of the same name and Georges Bizet's opera, this archetype undoubtedly achieves broad social fame. Yet the allegorical value of Carmen is often placed at the centre of artistic creation and the entertainment industry as the only, or at least central, achievement of an extraordinary literary work. Yet Mérimée's masterpiece is complex and prescient. It was written in one of the most turbulent times of the 19th century, when liberals and traditionalists in Catholic Europe were tugging at and trying to impose their own woven social order for the common good, but disregarded the role of an invisible force.

Mérimée immortalises himself as a witness to this violence; as a storm chaser who fearlessly penetrates deep into the heart of a force of nature in order to discover its beauty and explain its force. And yet he remains only an observer, a contemporary witness, a tritagonist. It is remarkable with what literary virtuosity José's pain is shaped after his beloved Carmen falls by his own hand when she confesses that she cannot love him and wants to be free forever. José is destroyed, surrenders and resigns himself to his death sentence. But where does the pain of a literary lover end and the emptiness of the real observer begin? "To love or to have loved, that is enough. Ask nothing more. There is no other pearl in the dark folds of life." wrote Mérimée's contemporary Victor Hugo. No man can escape the longing for love, not even a cosmopolitan liberal like Mérimée. He describes his protagonist with a striking adaptability to contradictory norms. Transformed from lawman to outlaw and then ready to start all over again, he embodies a constant that endures the upper hand of boundless freedom of self-interest or that of state power. José's immeasurable love causes him to fail in two worlds, once as a dutiful lawman and a second as a notorious bandit. Mérimée affirms love as a universal power that trumps worldviews. In our interpretation, it is the power that transcends epochs and never loses its force. For where there is no love, the desire for it is all the more powerful.