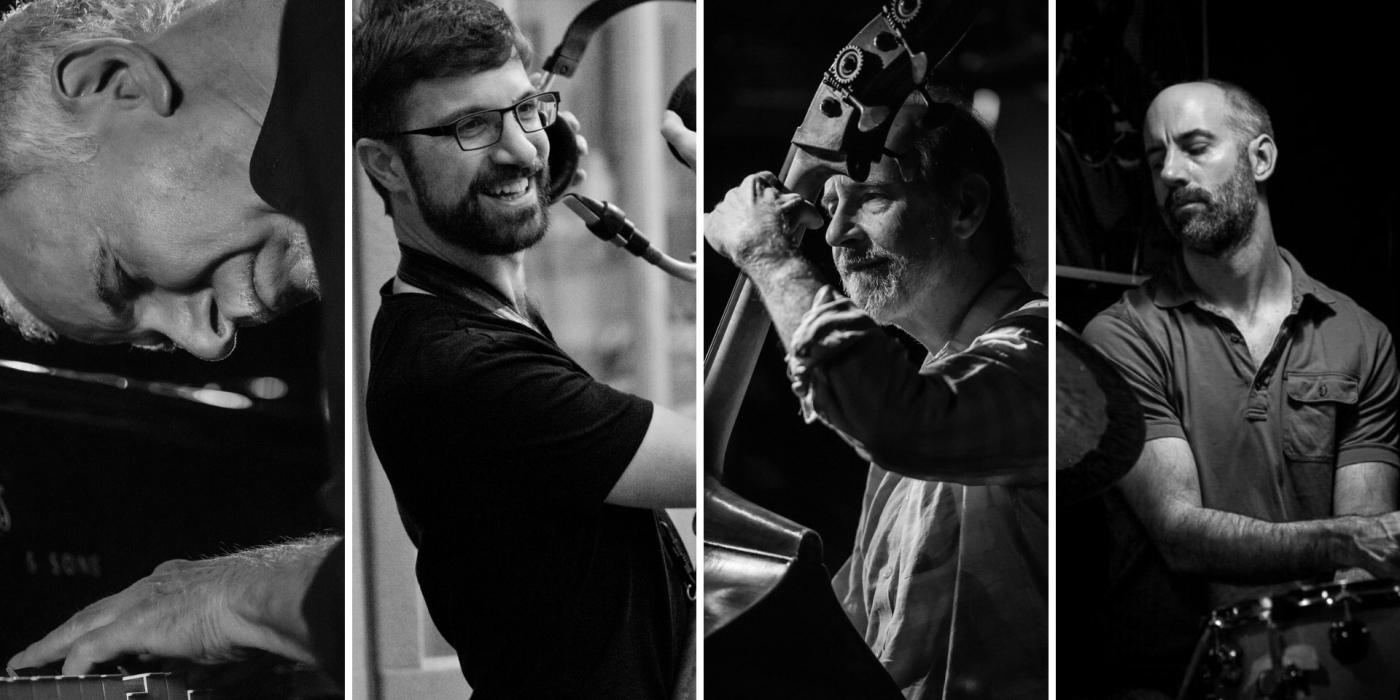 Marc Copland is a top-class jazz pianist from New York and one of the most important representatives of his industry. He has released countless records, both with other bands and solo. The renowned blog Jazz Station named him “#1 Acoustic Pianist of the Year” in 2020.

At 37, Robin Verheyen is one of the most significant saxophonists and composers of the younger generation. Marc Copland, Roy Hargrove, Maria Schneider and Toots Thielemans count among his references. He’s been Artist in Residence at the Royal Museum of Fine Arts in Antwerp since 2017.
The line-up also includes American jazz double bassist Drew Gress, who is one of the most gifted, versatile and innovative players on his instrument and long-time accompanist of the pianist Copland in trios, quartets and also duos.
Drummer Mark Ferber completes the quartet. It would be hard to imagine the New York jazz scene without him. As one of the scene’s most sought-after drummers, he’s played on over 200 recordings and was nominated for a Grammy for his twin brother Alan Ferber’s big band and nonet.
As McClenaghan from allaboutjazz.com puts it, “Copland is a genius [...] [who] creates the loveliest of sounds”.