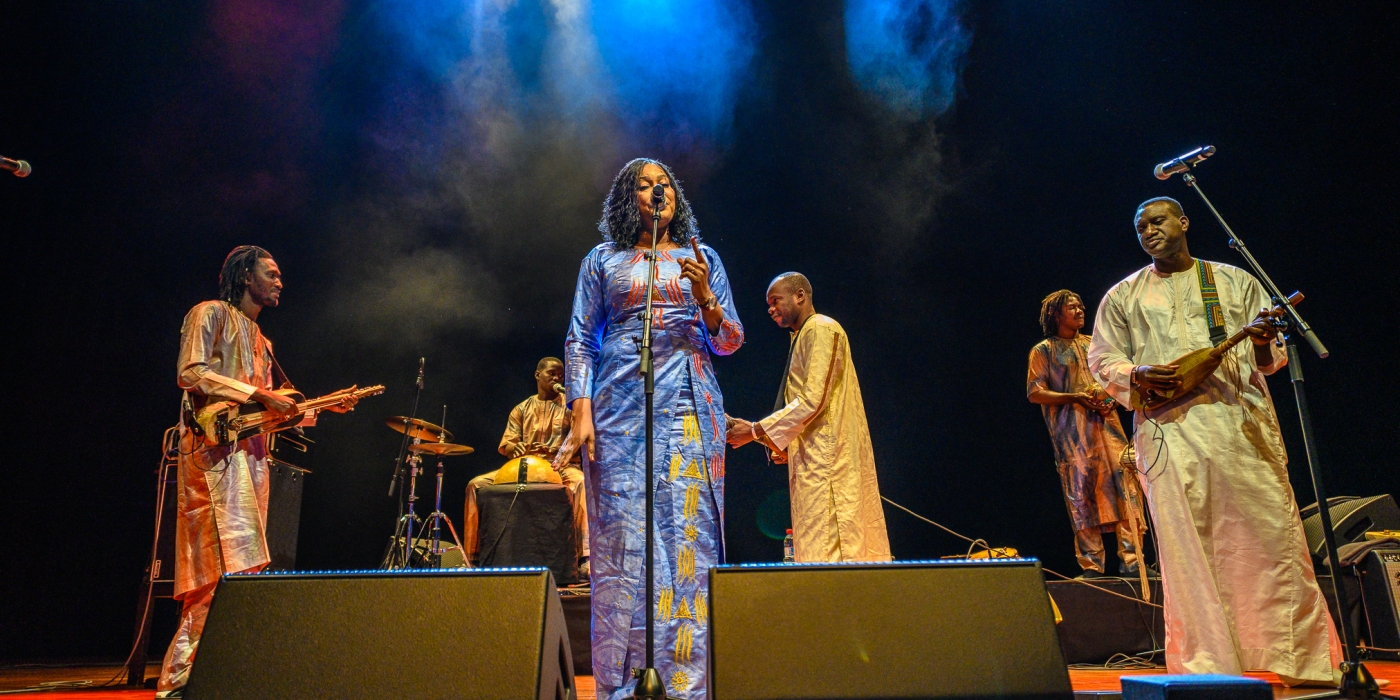 Bassekou Kouyate is the world’s best ngoni player and, in the words of blues musician Taj Mahal, “a genius and living proof that the Blues comes from Mali”.

Together with his band Ngoni Ba, which comprises three other ngoni players, percussion instrumentalists and the fantastic vocal artist Amy Sacko, he has performed worldwide both at renowned festivals such as Glastonbury and Roskilde and in world-famous concert halls like the Elbphilharmonie and the Royal Albert Hall. Kouyate won several BBC awards for his debut album ‘Segu Blue’ and was nominated for a Grammy for his follow-up album ‘I speak fula’. In 2013, he was voted “Best African Artist of the Year” by the BBC.

Together with his live band Ngoni Ba, Kouyate will take the Luxembourg audience back with him to this village for a second time since his unforgettable concert in Dudelange in 2019. Far from the noise, traffic jams and political turmoil in Bamako to reflect on life together. In peace and tranquillity – and with unbelievably good music that is also perfect for dancing.