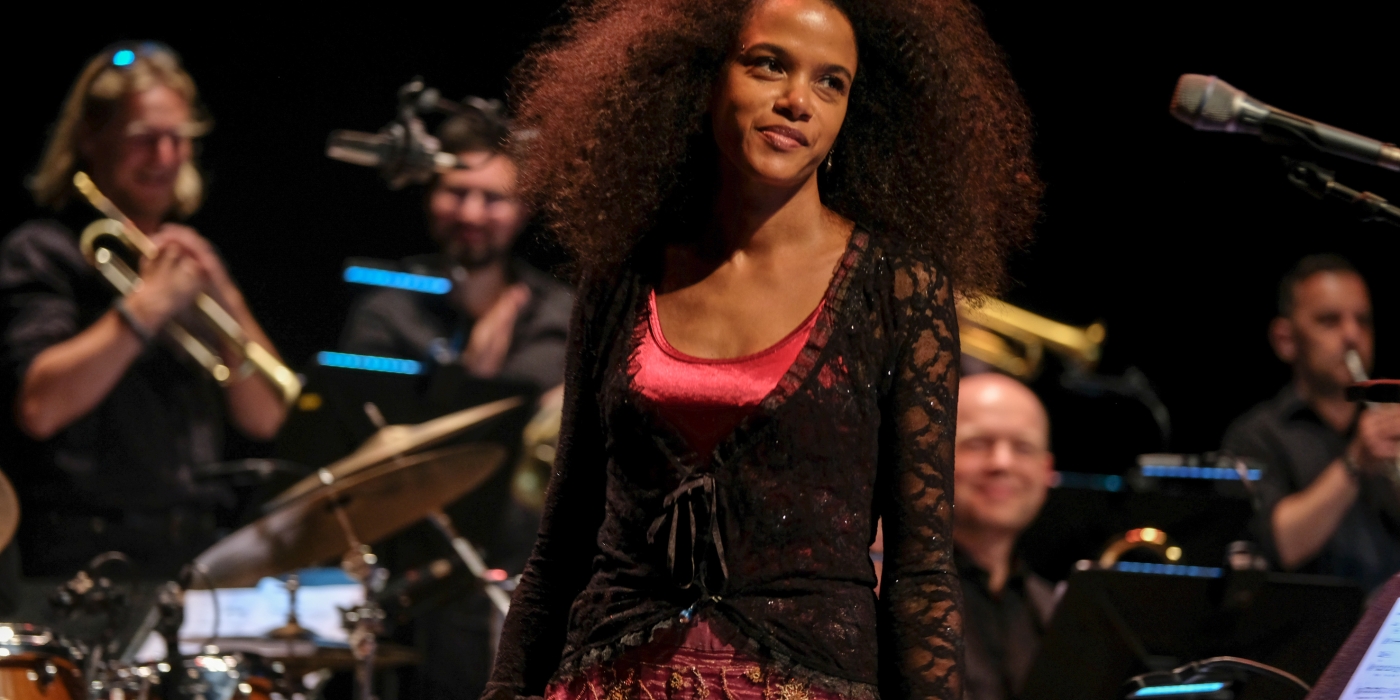 On the 8th of July 2017, Morgane Ji's music was the special feature of a concert by the Orchestre National de Jazz Luxembourg, as part of the Echternach International Festival. For the first time, the repertoire of the singer-songwriter from Reunion was presented to the public in a version reworked by the arrangers Gast Waltzing and David Laborier. Following this concert, the ONJL embarked on a recording of this repertoire at the legendary ICP studio in Brussels. In this innovative project, Morgane Ji's "deep and sensual, animal or warlike" voice is combined with the powerful sound of an 18-piece Big Band to form a powerful and captivating symbiosis. On 22 January 2022, the recordings made at the ICP studios and mixed at the WPP studios in Luxembourg will be unveiled to the public at the Centre Culturel opderschmelz in Dudelange.
Founded in 2005, the ONJL came together to provide a platform for the upcoming talented jazz musicians to hone their skills, write for the formation and play with musicians of the same caliber. The ONJL has had the pleasure to collaborate with George Duke and Didier Lockwood, a working relationship which led to both artists featuring as soloists on the jazz ensemble’s debut album released in 2007 on WPR Jazz. All compositions were written by Gast Waltzing. Having worked with artists like Paquito d’Rivera, Helge Schneider and Grammy and Tony-Award winning Jazz Diva Dee Dee Bridgewater, the ONJL looks to contribute to the renewal of the literature for the Big Band as an art form, each member of the band is encouraged to write for the band and the ensemble actively seeks outside contributors and collaborations. In this manner, a large and varied new original repertoire for large jazz ensemble is created.
Morgane Ji is a mixed-race singer of Reunionese origin. The world label Patch B, looking for atypical voices, asked her to sing lead vocals on one of its productions. The album "Noah's boat" produced by Patch B, distributed in France by Night n' Day and in the UK by Discovery, led the group to play outside of France... (Cargo, Jazz café in London, University of East London, East Anglia in Norwich...) The London press described her as a " phenomenal singer " and nicknamed her " creole queen ". Dublin's Irish Time awarded her four stars for best World Music selection.
LATEST NEWS
+++    27.11. Luc Spada - "Ciao Luca" Release     +++    28.11. Identified Flying Object     +++    01.12. Danny Bryant & Bigband (Special Guest: Ellis Mano Band)     +++    03.12. Ana Popovic (Special Guest: Ramblin' South)     +++    14.01.22 Benny & The Bugs (neien Datum)     +++    10.02.22 Henry Rollins - Good To See You Tour (Spoken Word)     +++    20.04. Ezio (new date!!!)