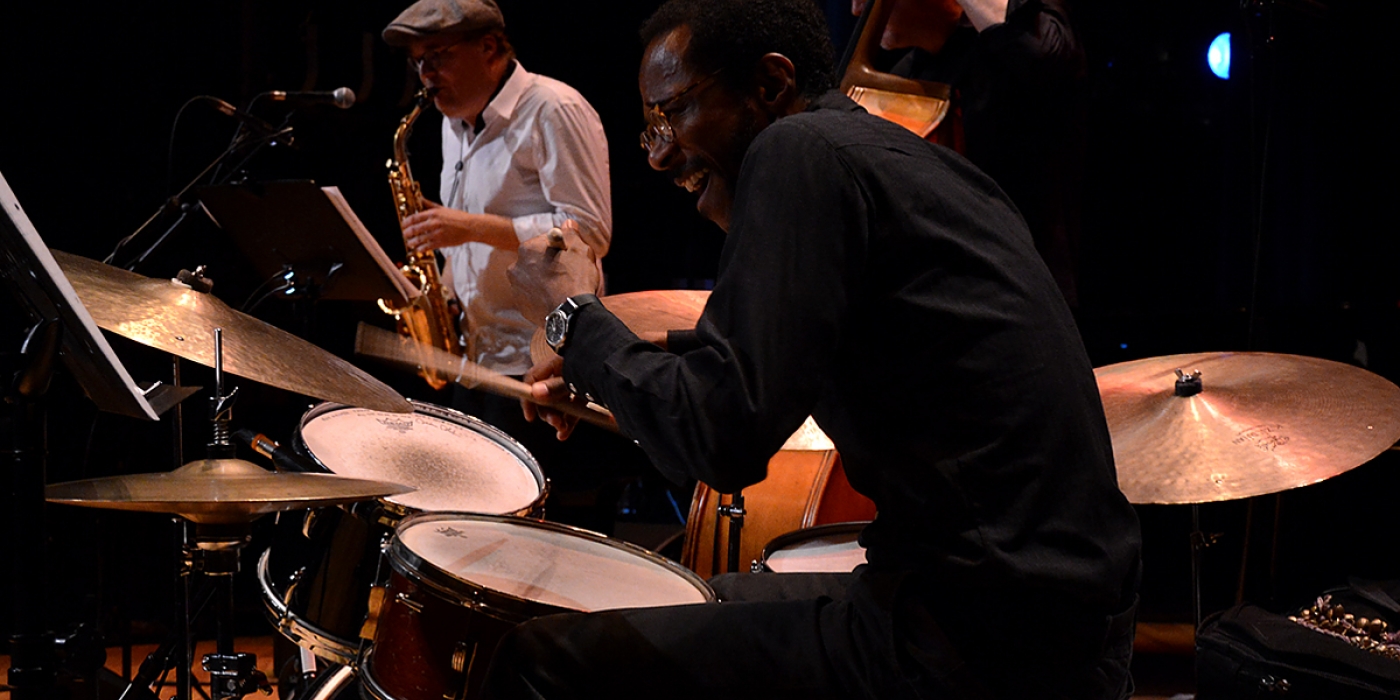 “The debut of a super trio…” DownBeat Magazine

“This is contemporary modern jazz of the highest level” Jazz Podium

KCB COLLECTIVE is the name of an all-star trio, consisting of three of the most in-demand, versatile and topclass jazz musicians on the scene today. Between them they have worked with who’s who in jazz, but this time they once again come together and via their long lasting musical friendship they refine the potential of the classic jazz trio formation.

All three musicians write music for the trio and the coming album, which stretches from quiet, beautiful ballad-like jazz to the more powerful, energetic, rock-influenced sub-genres.

Blade’s creativity blends perfectly with Colley’s strong improvisations and Koppel’s lyrical sax and the works are tied together by three virtuosos who have taken interplay and collective musical dialogue to a new level.

Benjamin Koppel is one of the most award-winning musicians of his generation. He has released more than 30 CDs as band leader that include collaborations with artists like Jack DeJohnette, Paul Bley, Miroslav Vitous, Peter Erskine, Brian Blade and Phil Woods. In 2011, Koppel became a cultural knight of France for his major contribution to French jazz via collaborations with Daniel Humair and many more.

Scott Colley is the bassist choice for such jazz legends as Herbie Hancock, Jim Hall, Andrew Hill and Michael Brecker. His remarkably empathetic skills, strong melodic sense and improvisational abilities can be heard in groups led by colleagues Chris Potter, John Scofield, Adam Rogers, Brian Blade, David Binney and Kenny Werner. Furthermore, Colley has a list of releases as leader to his name. These features musicians such as Bill Frisell, Mark Turner, Ralph Alessi and many more.

Brian Blade has established himself as one of the most important drummers of the 21st century. His exceptional abilities behind the drums have given Blade the opportunity to work with the who’s who of the jazz world and other rhythmic genres. To name a few, Blade has collaborated with Joni Mitchell, Bob Dylan, and Daniel Lanois. And in the jazz world he has been a regular member of both Wayne Shorter and Herbie Hancock’s bands bands. Lastly, Blade has been very successful with his own projects “The Fellowship Band” and “Mama Rosa”.

They were on stage at opderschmelz for the first time in 2013. Now almost a decade later, they are ready to take it again.