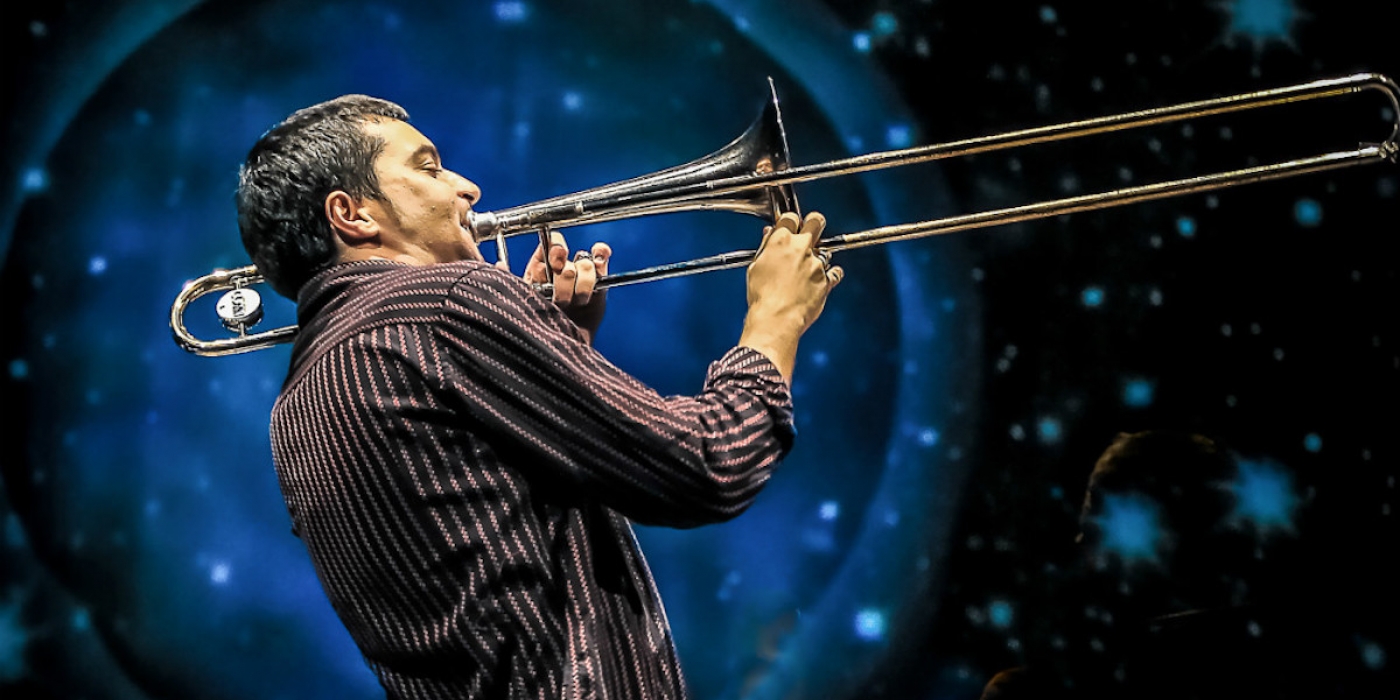 Nino Rota was an exceptionally talented and prolific Italian composer. From the 1930s until his death in 1979, the pianist composed music for more than 150 films, including several classics by Federico Fellini , Luchino Visconti and Francis Ford Coppola. Rota even received an Academy Award for the soundtrack to The Godfather Part II . Nino Rota's recipe for success was the apparent simplicity of his compositions, which made them very pleasant to listen to and immediately evoked the right feeling in everyone. Behind it, however, was an exceptional mastery of musical traditions and an extraordinary creativity.

Trombonist Gianluca Petrella is one of the most famous contemporary Italian musicians and composers. He makes an exclusive selection from the incredibly wide and varied catalog of Nino Rota's work. For example, he chooses lesser-known tracks from Fellini's work, such as the film Roma and the documentary Il Bidone . With compatriots Fabio Giachino on piano and Pasquale Mirra on vibraphone he has put together the ideal eclectic trio to give these forgotten tracks a second life live on stage. The three top musicians will reinterpret melodies written by Rota through an unusual line-up and typical jazz improvisations.