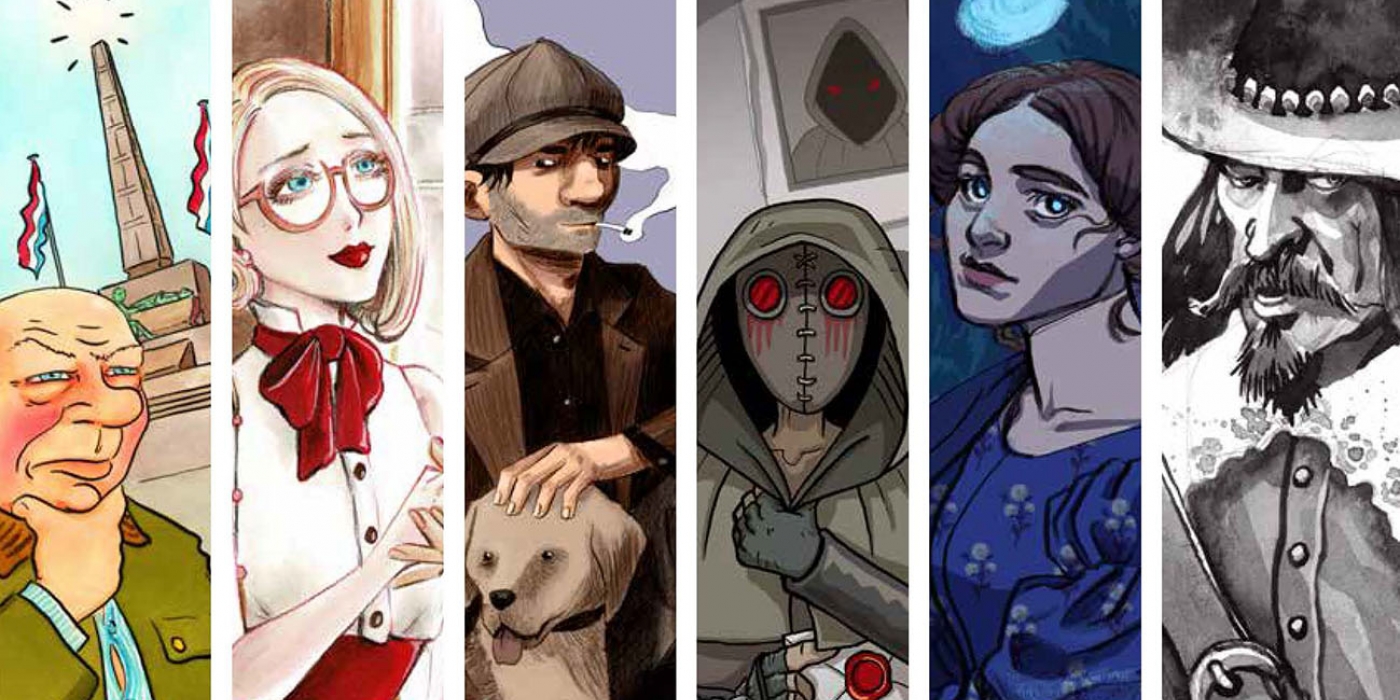 The fortress of Luxembourg in comic form

Admission is free and by reservation
At the beginning of the 20th century, a poor guy wanders around the city accompanied by his dog to practice his unsavoury trade: Jacko is a dog excrement collector. From time to time he takes a break and sleeps off his intoxication. In his dreams, he finds himself in the past or in the future, witnessing crimes, intrigues, love affairs...
Jacko's sad fate was written down by Jean-Louis Schlesser and drawn by Antoine Grimée. His dreams, however, are the work of different authors. The duo Lucien Czuga/Pascale Velleine, for example, send two policemen on a quest to investigate the mysterious disappearance of important monuments from the city. Marc Angel gives his personal interpretation of a 17th century incident that took place in the alleys around the fish market. From the same author and with drawings by Andy Genen, comes the story from the time of the unpopular William I, in which an eerie journeyman haunts the walls of the Bock rock. John Rech and Sabrina Kaufmann take us to the Grand-Ducal Palace to tell a love story that spans centuries. Also romantic is Marion Dengler's contribution from the years of the Prussian garrison, based on the operetta "D'Mumm Séis".
Even if they are fictions, these stories are all anchored in a historical reality. Marie-Paule Jungblut, a specialist in public history, advised the authors in order to depict them as authentically as possible.
There are only a few artists working in the field of comics in Luxembourg, but a small scene of illustrators, scenographers and enthusiasts has formed, from which the asbl " D'Frënn vun der 9. Konscht " emerged. Founded in 2019, the association's aim is to promote the 9th art and to represent the interests of those who practice it.
The album "Fortific(a)tions" is the first publishing project of "Frënn vun der 9th Konscht" and is part of the official programme of "25 years - Luxembourg, World Heritage". The work was published in November 2020 in Luxembourgish, French and English.
LATEST NEWS
+++    27.11. Luc Spada - "Ciao Luca" Release     +++    28.11. Identified Flying Object     +++    01.12. Danny Bryant & Bigband (Special Guest: Ellis Mano Band)     +++    03.12. Ana Popovic (Special Guest: Ramblin' South)     +++    14.01.22 Benny & The Bugs (neien Datum)     +++    10.02.22 Henry Rollins - Good To See You Tour (Spoken Word)     +++    20.04. Ezio (new date!!!)