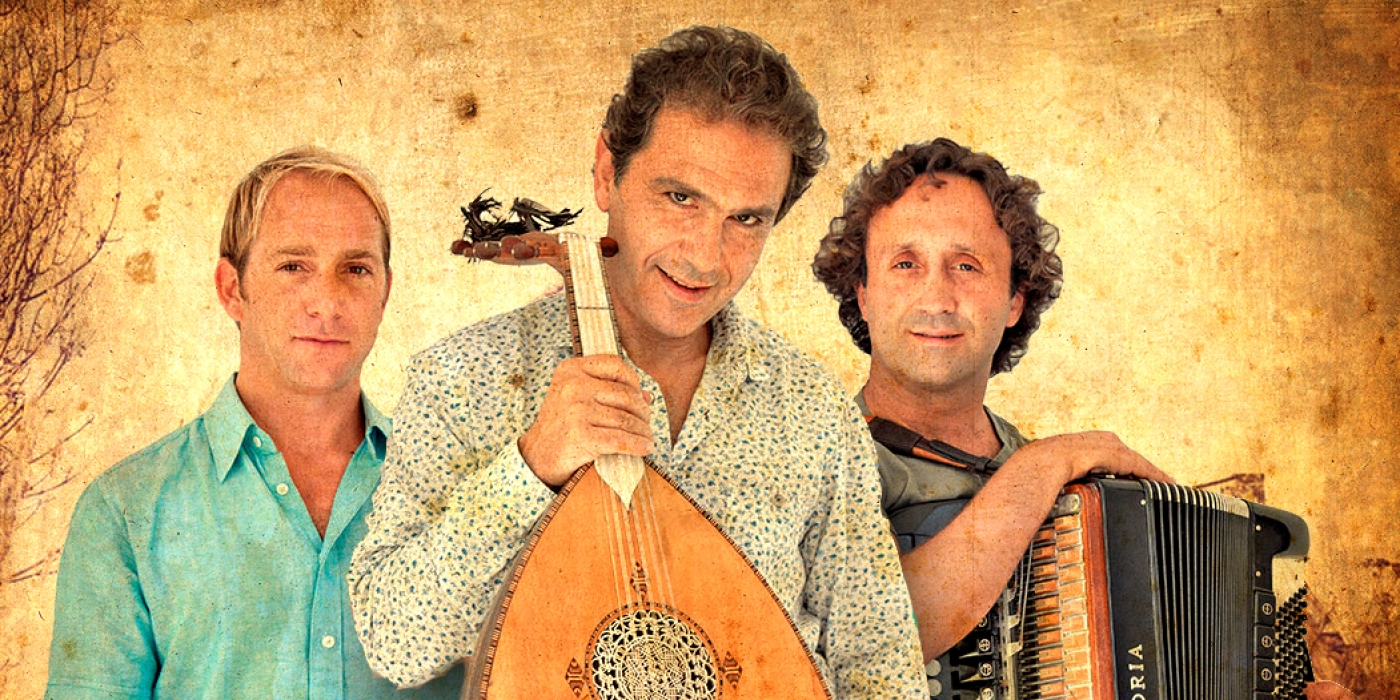 (new date) The Flood and the Fate of the Fish

The Rabih Abou-Khalil concert originally scheduled for 28 April has been postponed to 8 December. Purchased tickets will remain valid for the new date.

After a seven-year break, Rabih Abou-Khalil, pioneer of oriental jazz, returns for the 3rd time to Dudelange with his new album "The Flood and the Fate of the Fish" (released in 2019).
"The Flood and the Fate of the Fish" is a garden of delights with textures and enchanting melodies ("Sometimes you're loveable", "Grãos De Area", "Walls without doors", "For George", "Falso Amor"). Melodies that are both nostalgic and sometimes with a touch of derision, based on uneven rhythms. A marriage of timbres, with a bass oud (a rare instrument) where the violin serves as a binder.
But the album is also a political gesture on how we turn a blind eye to obvious ecological or political facts and problems. The sung parts naturally have their importance. "Falso Amor", for example, is about the time when Portugal was an Arab land. The text is by Al-Kumait Al-Garbi, written in the Spanish town of Badajoz and dates from around 1100. "Kyrie" by the poet Ary Dos Santos (1937-1984) is a criticism of religion. "Is there Wine" sounds like a rock song, while Antonio Rocha's "Grãos De Area" is a poignant dialogue between flute and voice.
Rabih Abou-Khalil has established himself on the European and international artistic scene as one of the greatest masters of the oud, a traditional Arab lute that reflects no less than three thousand years of Arab and Islamic musical history. But it is also in the polymorphous world of contemporary jazz that Abou-Khalil has built, in a series of sumptuous albums, a very personal universe, both sensual and meditative, formally sophisticated and of immediate melodic seduction. Rabih Abou-Khalil has become particularly famous for his openly mestizo music, constantly seeking the ideal balance between sensuality, emotion and formal experimentation. Abou-Khalil's musical adventure is rich in a multitude of collaborations: the Kronos Quartet in the 90s, Kenny Wheeler and the Balanescu Quartet for the superb albums "Blue Camel" and "Arabian Waltz", cellist Vincent Courtois, violinist Dominique Pifarély and others. a. From one work to another he builds a kaleidoscopic jazz that links ascent, tension, velocity, appeasement, like the movements of a nameless symphony with twirling deviations. Surrounded by musicians of all origins, longtime companions such as the French tuba player Michel Godard, the Sardinian vocalist and saxophonist Gavino Murgia, the American percussionist Jarrod Cagwin and the Italian accordionist Luciano Biondini, the Lebanese Abou-Khalil has established himself as a cultural messenger. He is a true poet in between worlds, inventing enchanted new bridges between the multiple musical traditions of the Arab world, the various popular and folk music of the West, American jazz and European improvised music.
The group formed more than ten years ago is unlike anything known on this earth...
"Resolutely iconoclastic, strangely humanistic."
Jazz News
"Lyrical delirium and a taste for tragi-comic, rhythmic fervour and a thirst for harmonics, to feed an eminently dreamlike verve."
Mondomix
"Complicity, virtuosity, humour: a must for anyone who has experienced this formula on stage."
Vibrations