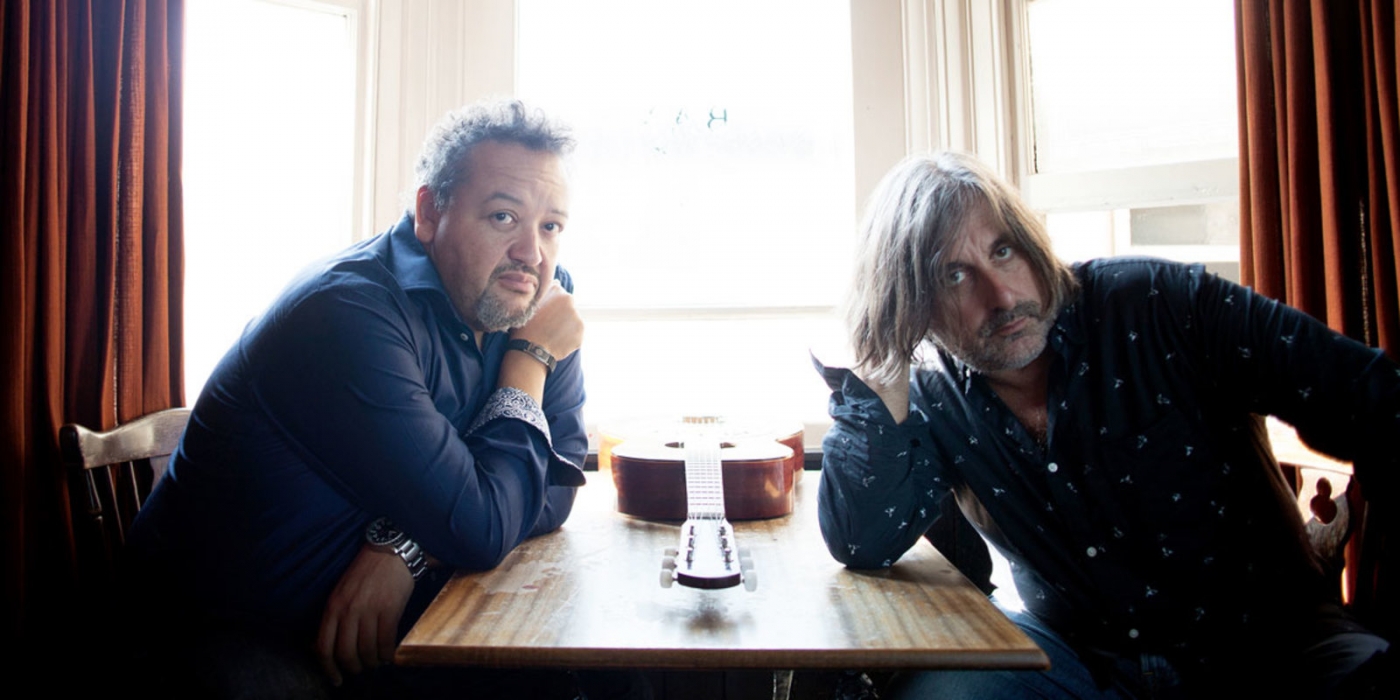 EZIO are living proof that you can call two people with acoustic guitars a “rock band”. Numerous successful tours and sold out venues prove this.

The band has called Dudelange their “spiritual home”. Now they are coming “back home” with their The Best of EZIO tour.

Lata Gouveia is a band leader, singer-songwriter and producer who started his musical journey in London in the mid-90’s.

In his late teens Lata was already a regular presence at the 12 Bar Blues Club, at the Acoustic Café in Soho and other West-End Open Mic nights.

A European cousin to the Oklahoma Red Dirt and Tulsa Sound traditions, Lata Gouveia’s sound always had a tinge of JJ Cale and a strong Folk Rock influence. His early influences ranged from Bob Dylan and Tom Petty to Marc Knopfler, but it was only after a number of years fronting South-East London bands that Lata moved to Oklahoma in 2007 and purified his songwriting style by living and spending time on and off stage with Rocky Frisco (JJ Cale Band) and playing often with Red Dirt Music legends Tom Skinner, Randy Crouch and many others.

Lata Gouveia moved back to Europe in 2011 and he is now one of Luxembourg’s best known musicians.

The Lata Gouveia Band was put together in 2013 and quickly made a name for itself, headlining some of Luxembourg’s biggest open air Festivals and packing some of the country’s best known venues. They have also been the official band for Harley-Davidson since 2014.

In the last 5 years Lata also produced two LPs of original songs and was the national opening act for Ayo, Charlie Winston, Alan Parsons, Bombino, Keiffer Sutherland, Sting and others.

Lata Gouveia is also the founder of the Grund Club, a songwriter collective that includes some of the biggest names in the country and has been endorsed by Centre de Musiques Amplifiees, funded by the Ministry of Culture.