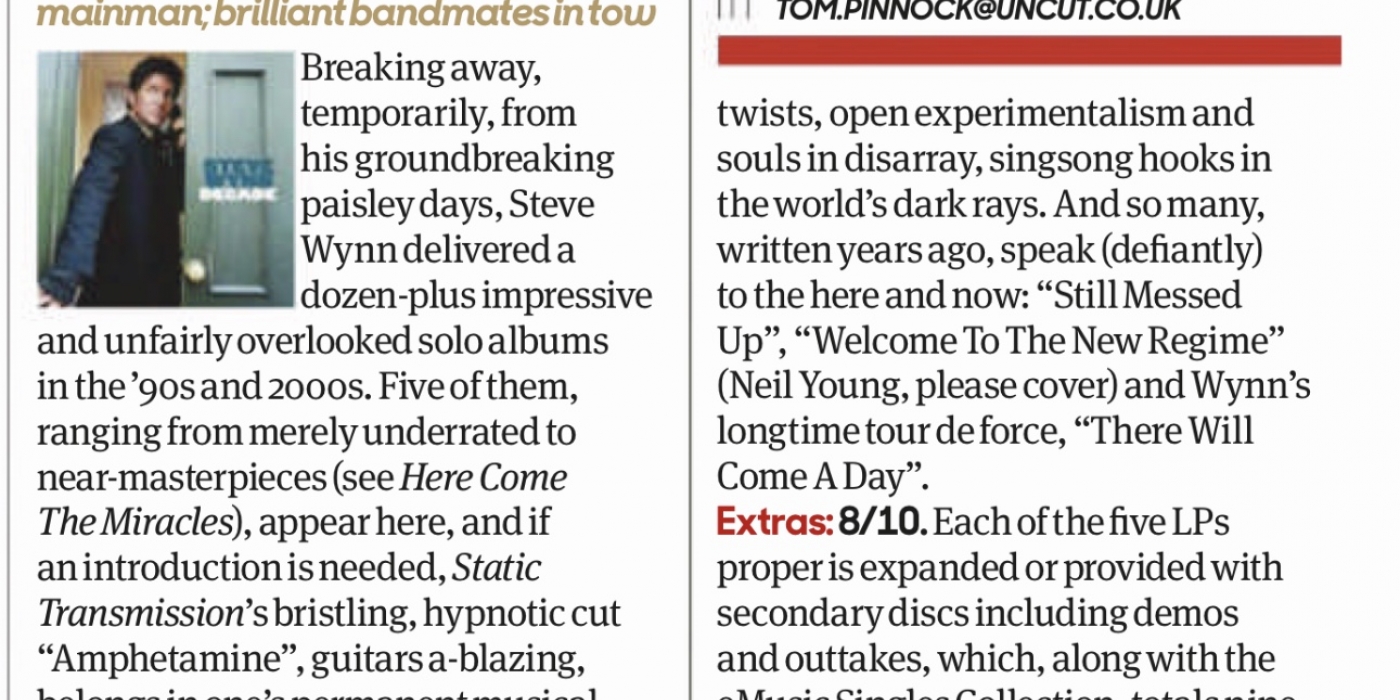 When Steve Wynn and Real Gone Records prepared the release of the career-defining 11-CD ‘Decade’ box set early last year, the plans were as one would expect:  hit the road!

With 166 tracks (57 of them previously unreleased) covering the prolific ten-year period after Steve moved to New York City in the mid-nineties, this collection offers endless possibilities for song choices and themes night after night along with stories behind the writing, recording and the time in which it all went down.

Well, we all know the rest of the story and Steve’s is just one of billions, of plans made and plans postponed. But now, this unplanned hiatus will be coming to an end – suitcases will be packed, vans will be topped up with petrol, guitars will be packed, and Steve Wynn will be booking tour dates in Europe starting in October and stretching into early 2022.

“I’m sure this will be a tour unlike any I’ve done before. We’ve all been missing so much and we’re all just starting to poke our heads above ground and learning to do things again that we may have taken for granted before.“
Steve Wynn