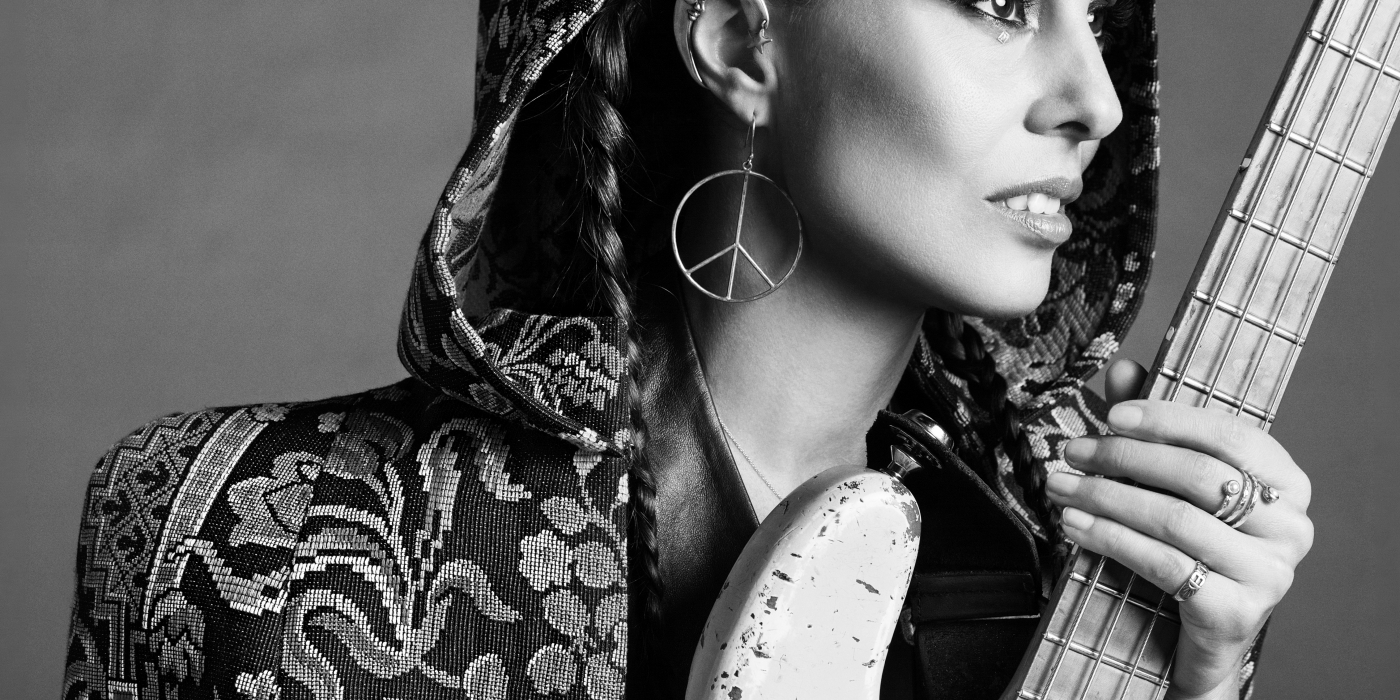 "Ida is a mother plucker" - Prince

But make no mistake. This is the work of Ida the funk bass player - with a built-in passion for experiments and the heavy rhythm of the bass. Each track carries its own composition, attitude and feel. And yet, the album is a perfectly united sound piece paying tribute to funk. This is authenticity, improvisation and intensity stripped down and ready to party. And Ida has invited her friends along the joy-ride. Performing on the album is a musically hard-hitting cocktail -high on creativity counting great names such as Liv Warfield, Shelby J, Kuku Agami, Son of light & Donna Grantis.

Ida Nielsen got her life turned upside down when music legend Prince discovered her in August 2010. Shortly after she joined his band and started touring with him and “The New Power Generation” as well as the 4 piece power house rockband “3rdeyegirl”, Ida was part of his bands from 2010 until his untimely passing in April 2016. She describes playing with Prince as “a huge gift” and as “the most magical musical journey ever, and an on-going learning experience beyond all imagination.”

After the years with Prince, Ida has been focusing on her solo career. Since the release of her 3rd solo-album “turnitup” (fall 2016) she has been touring the world non-stop with her band The Funkbots and they are delivering a high energy funk show packed with good vibes, tight grooves and subtle references to her former employer.