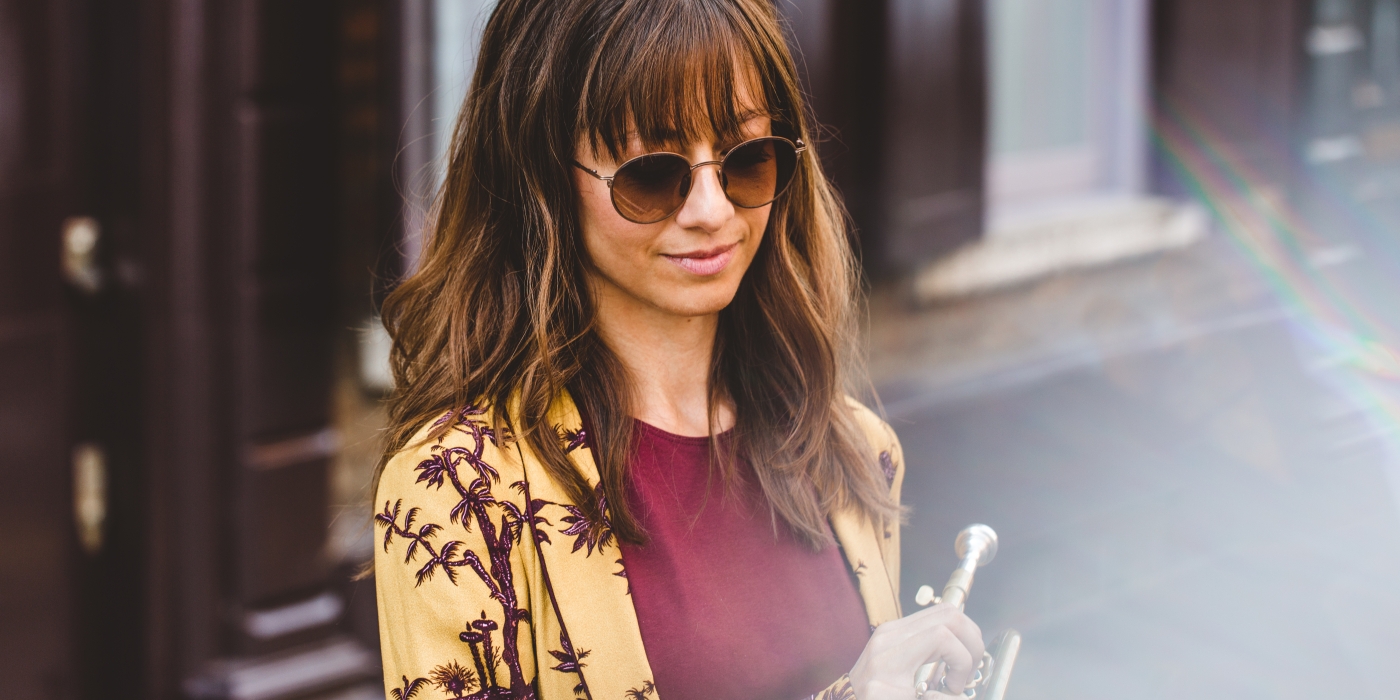 Rich, powerful, colourful, exciting and highly evocative. Ahmed’s most ambitious and most successful work to date has the feel of a ‘major statement’ about it. - thejazzmann.com

‘Polyhymnia’ is Bahraini-British trumpeter Yazz Ahmed’s third album, released in October ’19 on Ropeadope Records, a homage to notable women in history: Rosa Parks, Malala Yousafzai, Ruby Bridges, Haifa Al-Mansour... Yazz Ahmed enjoys blurring the boundaries between jazz and electronica, adding the sounds of her heritage to what can be described as “thrilling and eloquent Arab psychedelic jazz”. Her second album ‘La Saboteuse’ (2017) had a global impact, rated jazz album of the year by The Wire magazine.