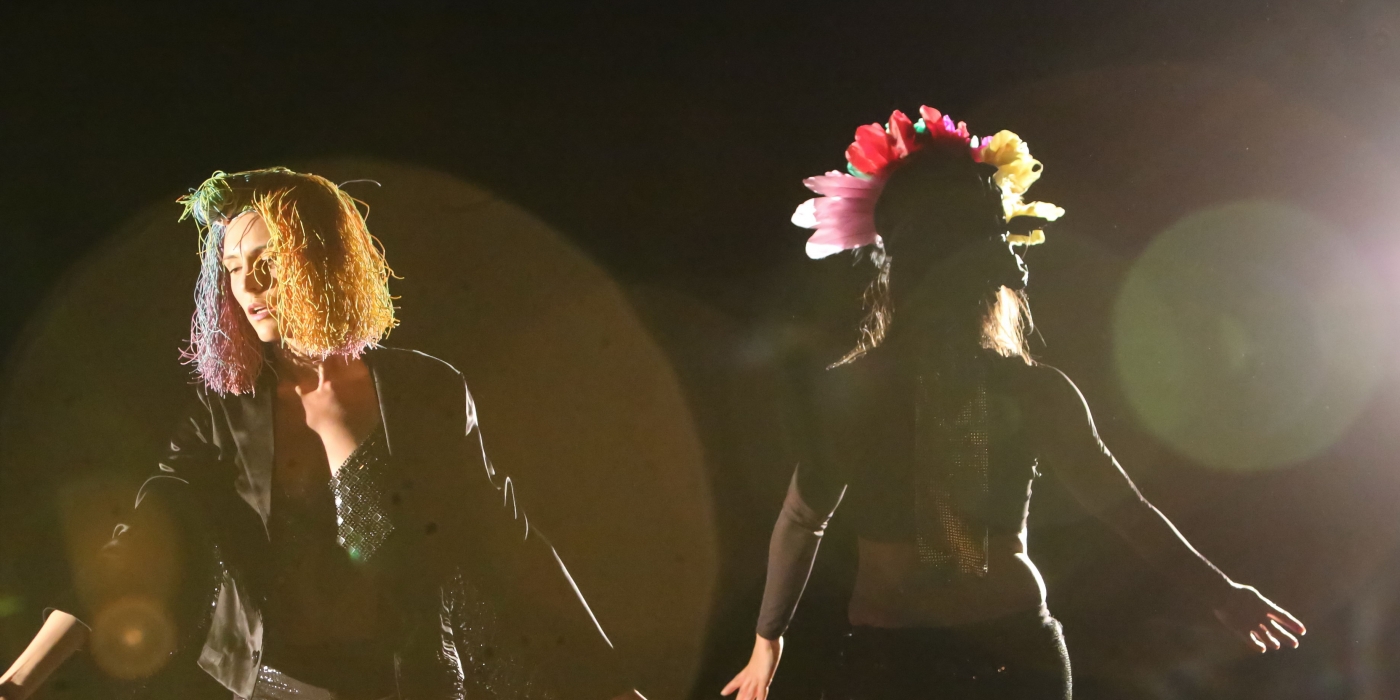 A goddess and an astronaut.

Resting their head on the earth, they enter into their subconscious cave.

Grieving towards the light, they reconnect with their grace.

The psychonaut is called upon their warrior to protect the divine.

Who believes that we are the only ones?

Soul-scapes is a polyphony of the diverse colors of the soul through the form of a fictive rite of passage. A duo is being each other’s master of ceremony, creating the aural universe for each other’s dance by interweaving breath, voice and movement, relating the individual to the collective, to the anima mundi and the cosmos. Through shape-shifting we twist through different archetypes into a mythical alchemy, spinning a multilayered world of the sublime and the surreal, the mystical and the cyborgian. Letting the music radiate through our movements we amplify our dance through our voice.

Tania Soubry is a performer and choreographer, working at the interface between soul, dance, music and performance art. She is interested in a poetic theatre of consciousness and myth, especially through the voice and the body. Since 2003 she creates and performs work internationally. She worked for companies, for dance and performance artists, e.g. Tino Seghal, Rosemary Butcher, Simonetta Alessandri, as well as in collaborations and within collectives.

Catherine Elsen is a multi-disciplinary performer, working at the interface between voice, movement and theatre. In 2013, she did a Master’s degree in Dance theatre at the Laban Conservatoire of Dance in London, graduating with distinction. In 2017, she joined Tania Soubry's research project Soul-scapes, followed by its performance project of the same name in 2018. She performs in and outside Luxembourg in collective and solo projects.

The performance will be followed by an open discussion with the dancers.