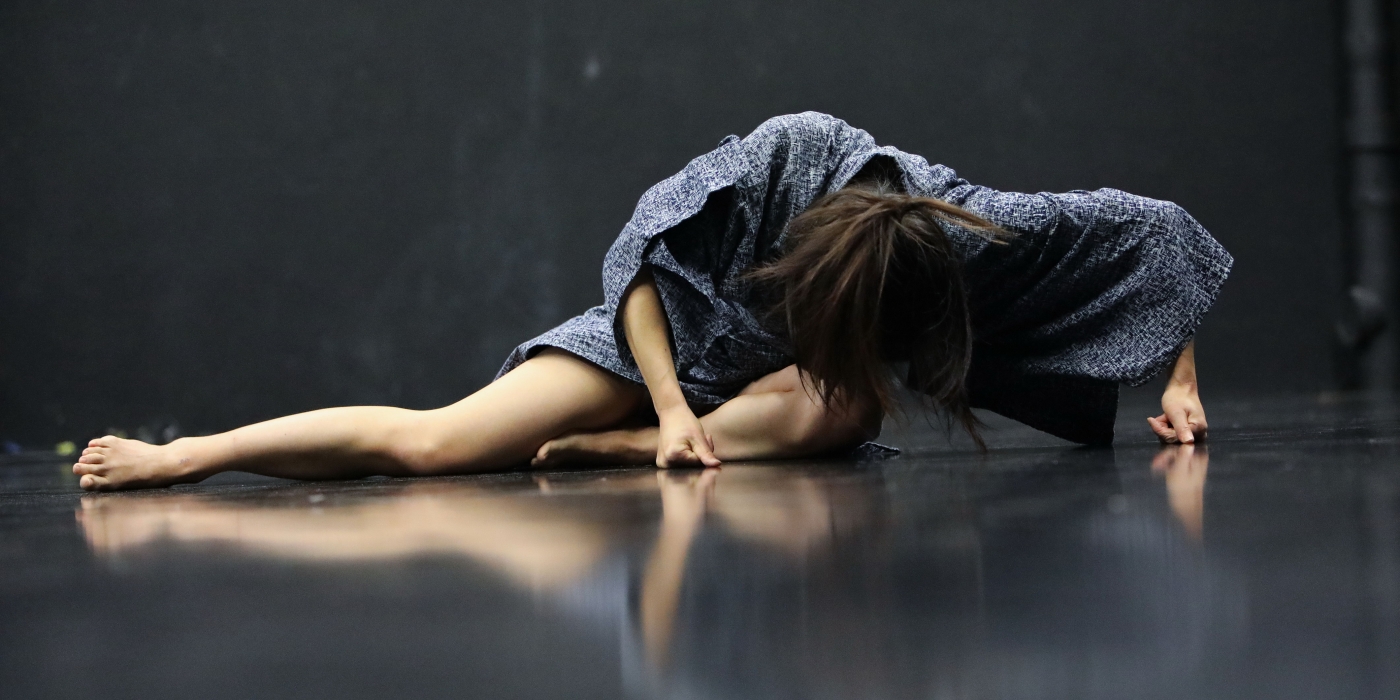 "The solo dance piece is about my father who died in 2016. It is based on my impression of the two weeks I spent time with him in his last days after he was diagnosed with a pancreatic cancer and was told he had some months left to live. He was going through his memories of his whole life, some of which I am familiar with and most of which I don’t know at all, trying to settle the end and also not giving up hope, and trying to enjoy life fully until the end. Iwa-kagami is a pink flower which blossoms in a certain mountains during a certain season. In this time I spent time with him and my mother, due to his strong request we climbed up a very steep mountain to see this particular flower. I remember his happiness to see the flower, and the resemblance between him and the flower, crawling and blossoming beautifully.

The piece’s focus is an embodiment of memories, how the memories – which somehow consist in the identity of that person - get dissolved into intensities rather than stories nor categorized emotions and how one digest all these memories in the face of death and also afterwards how they get transmitted to the ones who are left behind. There is a term called somato in Japanese, meaning revolving lantern, indicating the phenomena where all the memories of one's life flash in front of him/her like a first forwarded film just before one’s death. What is this somato? In the last week of his life, my father climbed into a mountain and did not come back, he was found lying in a bamboo forest, but he told us he was not afraid, he was simply happy watching his life long memories passing in front of him.

It is a hommage to a soul who cherished his life and precious memories and also to all beings who face bravely the process of dying. At the same time it is as well an attempt to imagine the process and learn and prepare for our deaths to come."

The performance is followed by the cinematic concert:

Directed, animated and produced by Gitanjali Rao
Sound - Rajivan Ayyappan
The journey of an old woman and her cat through the fantastical world of match box covers. The film premiered in Cannes Critic's Week in 2006, winning three awards in Cannes and 22 other international awards.

Rajivan Ayyappan works independently as a sound designer for film, video, choreography along with his own projects that manifest as live performances, installations, interfaces and musical compositions. He is co-founder of VEDANZA Artists International in Luxembourg, where he now lives.

He received early training in south Indian/north Indian music: vocal training (1970-1986) as well as string and percussion instruments. He also studied visual arts/design at the National Institute of Design, India (1984-1990). His traditional skills and interest in typography and his exposure to visual arts history triggered a kind of paradigm shift to his musical direction. After the design studies, he traveled extensively in India and absorbed pretty well the heterogeneity of Indian sound environment and sound culture.
He has presented his work at various art spaces and festivals internationally.
http://rajivan.com/home.html