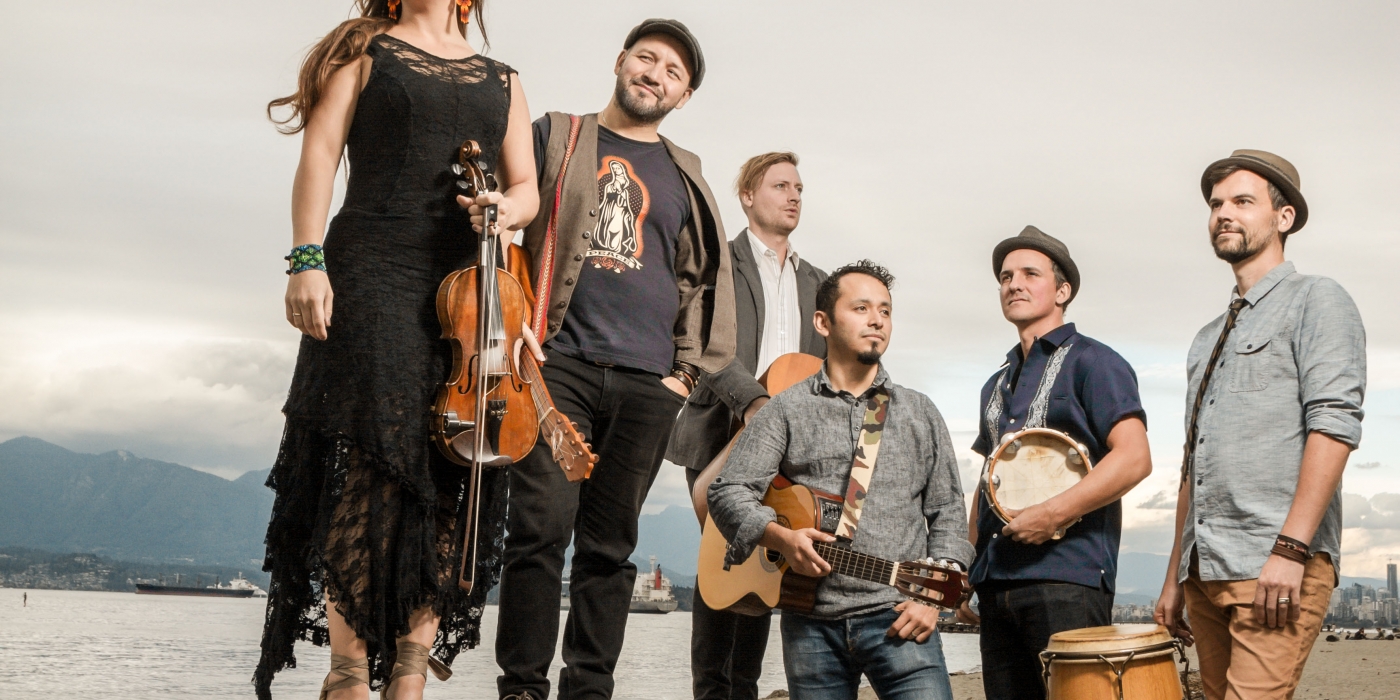 Locarno is the Latin project of Juno award winning musician and Paperboys frontman, Tom Landa. The music, like him, is part Mexican but with strong doses of Cuban Son, Folk Music, Pop and Funk. There are threads of Son Jarocho and Salsa but the songs are more edgy and contemporary than that. The music could be compared to Manu Chao, Ozomatli or Rodrigo and Gabriela but although there are similarities it is truly original and a new flavour in the Latin music genre.

Tom was born and raised in Mexico City to a Mexican father and a Canadian mother. He moved to Ontario during his teenage years where he put behind his Mexican Musical Roots in favour of the new sounds that surrounded his new environment. Records by The Smiths, Tracy Chapman and Spirit of The West dominated his turntable and cassette player, until a record by Los Lobos, a Mexican American band, brought him 'back home'. La Pistola y El Corazon was a recording where Los Lobos played a variety of Mexican musical idioms including Son Jarocho which had a huge impact on Tom. From that moment on, Landa rediscovered his musical roots and began his musical quest to not only learn more about this music, but also write and arrange songs in this genre. Thanks in part to The Canada Council, this musical path eventually led him to study Son Jarocho in Veracruz Mexico, under the tutelage of Ramon Gutierrez of the group Son De Madera.

For the past few years Tom has been writing and recording the material for his project Locarno. His goal is to create music which is heavily influenced by Mexican music but using the elements and musicians around him in his hometown of Vancouver. A key element to this sound is the partnerships he has created with producer Joby Baker who has worked with several World/Latin artists including Alex Cuba and Miguelito Valdes who lends his trumpet and percussion talents to the project. Miguelito was born and raised in Havana Cuba and has played with Afro Cuban All Stars, Omara Portoundo and The Buena Vista Social Club. Rounding up the group is Sam Esecson on drums and percussion, Kalissa Hernandez on Violin and vocals and Nick La Riviere on trombone.

Locarno's approach is so genuine and so welcome for audiences who enjoy great song writing, a respect for tradition, a searching musical curiosity, and virtuoso performance skills. Their compelling blend of Mexican, Cuban and North American popular music delivered with exuberant energy is a winning combination.

It now seems inevitable that a band like Locarno would eventually unlock the secret of doing music in such a fresh way. What is so fortunate for Vancouverites, though, is that we can claim the band as our very own. But hey, there's no reason we can't share them with the rest of the world too. Don't miss the opportunity to experience Locarno live if they ever pass through your town.  You'll find yourself singing their praises too.

Tom Landa is one of those rare talents who cannot only lyricize in both English and Spanish; he can contextualize the words musically with authentic cultural reference. Locarno may be the name of a beach in his hometown of Vancouver but the project rings with true Jarocho rhythms from Veracruz on the Mexican Gulf. Surrounded by the finest of BC's Latin musicians, Locarno's debut percolates with warmth and groove. Deep, contemporary production comes courtesy of a collaboration between Juno winners, Tom Landa and Joby Baker.