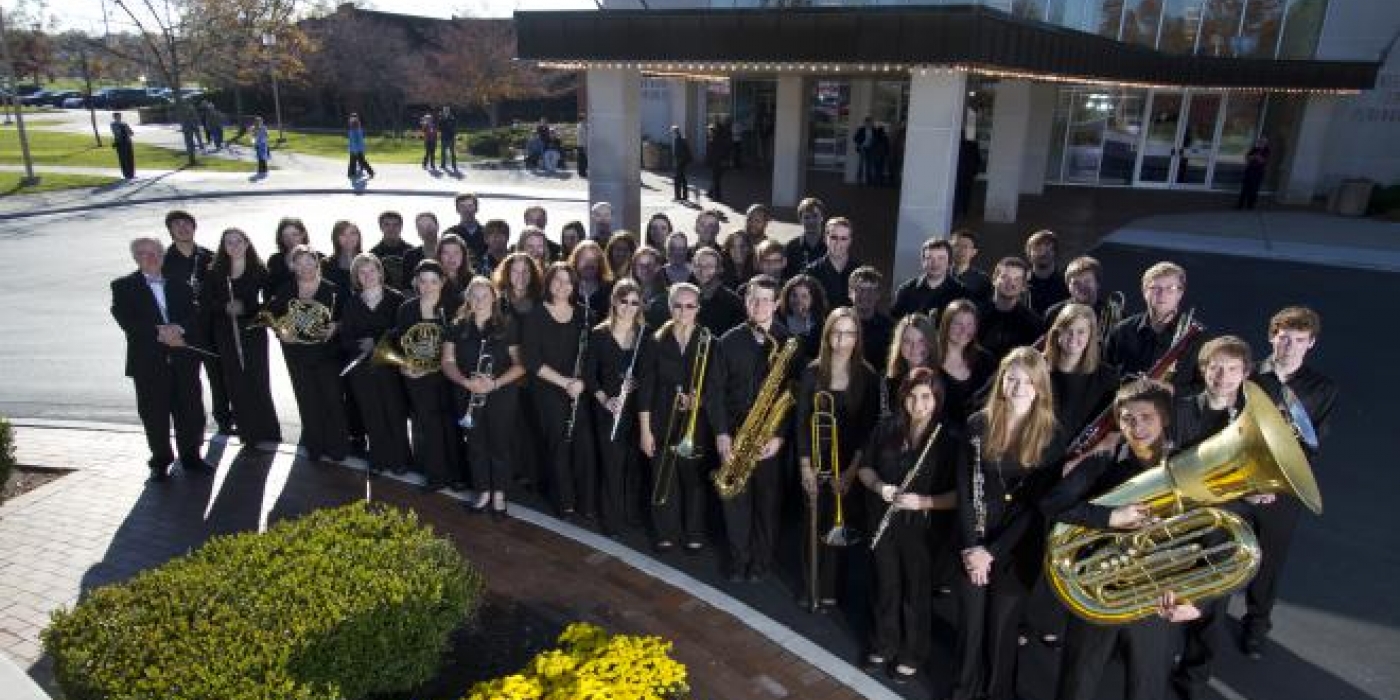 The ONU Wind Orchestra, directed by Music Department Chair, Dr. Thomas Hunt, performs collegiate- and professional-level literature for wind band (see programs below). Membership is by competitive audition held at the beginning of the school year.


The programs for the Wind Orchestra’s 2013-14 four-concert season include classics such as the Hindemith Symphony for Band and William Schuman’s George Washington Bridge as well as newer works such as Maslanka’s Give Us This Day and Donald Grantham’s Southern Harmony. The ONU Wind Orchestra is particularly enthusiastic to work with this year’s guest conductors; Sascha Leufgen, conductor of the Orchestre Philharmonique à vent de Dudelange Luxembourg, who will conduct half of the February concert, “Music of Spain and New Spain”, and Dr. Brant Karrick from the North Kentucky University, the guest conductor/composer for the 46th annual ONU Spring Band Festival.